On the 17th of March 1967 one of the most important documents in the history of Croatian language was published in a weekly magazine Telegram: The Declaration on the name and position of the Croatian literary language.

The Declaration called for the equality of the four standard languages of SFRY, one of them being Croatian, and for the unimpeded development and consistent use of the Croatian standard language in schools, the press, public and political forums, and on radio, television networks whenever broadcasts were directed to a Croatian audience.

50 year later, on the 17th of March 2017, Croatian Studies Foundation organized a fundraiser dinner to commemorate this important anniversary. 90 distinguished guests, founders, donators, ex- and current CSF board members gathered at the Croatian Club Punchbowl. Among others, there were Consul General to RH Mr Hrvoje Petrušić, ex-ambassador of Australia in Croatia Mrs Susan Cox, Australian journalist and author Hamish McDonald, representatives of numerous Croatian clubs and associations as well as representatives of the Croatian Catholic church in Sydney. The guest of honor was Dr Diana Stolac from the University of Rijeka who gave a lecture on the importance of the Declaration. Besides Dr Stolac,  addressing the audience were Mr Luka Budak, honorary member of the CSF governing council, Mr John Gavljak, current president of the CSF GC, fra Vlado Novak, former vice-president of the GC, Dr Danijel Džino and  two of his ancient history and archeology students, Nicola Wesseling and Joel Mason, Marcus Zanetic-Zalante, student of the Croatian Language  at MQU and Hamish McDonald. Mrs Romana Petrušić, a professional actress, read a poem of a famous Croatian poet Petar Preradović Rodu o jeziku. The hostess of the night was Dr Jasna Novak Milić, a lecturer at the Croatian Studies at the MQU and current secretary of the Foundation.

The newest issue of the Croatian Studies Review, dedicated to the Declaration, was presented to the audience. It contains numerous articles as well as the reprint of the original Declaration and its first ever translation to English.

Prior to the function on Friday night, Dr Stolac and Mr Budak gave an interview to the SBS Croatian radio when they spoke about the Declaration and the current situation with the Croatian language in Australia. You can listen to the interview here.

The CSF Governing Council wishes to thank everyone for participating in this special event. 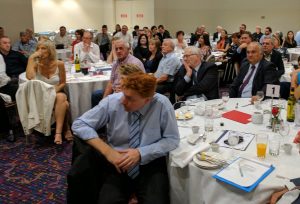 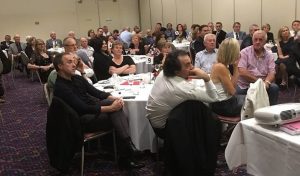 The Croatian Studies Foundations welcomes your feedback and contributions. We reserve the right to edit and remove any comments deemed offensive or otherwise inappropriate. We are committed to observing copyrights, digital or otherwise. Any unintentional infringement of copyright should be reported to the site administrator.